As part of the ABA throwback jerseys being worn during the 2012 NBA season, the Denver Nuggets are on of eight teams to don a special jersey. Al Harrington offered a picture of what the actual jersey looks like: 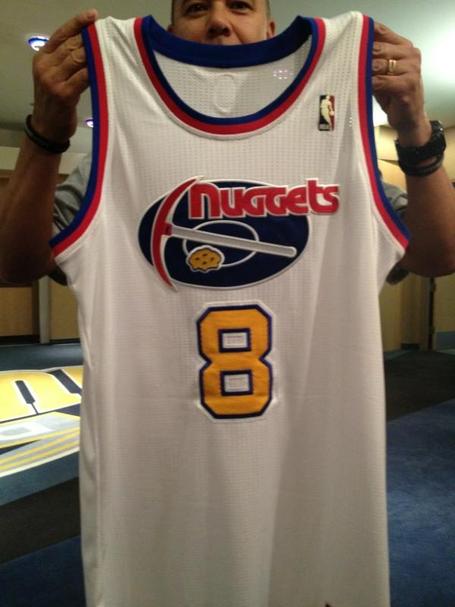 via cheddarcheese7 (aka Al Harrington)

Other teams wearing throwbacks are the San Antonio Spurs (Chapparals/Chaps), the Minnesota Timberwolves (Muskies), the Charlotte Bobcats (Cougars), the Miami Heat (Floridians), the New Jersey Nets (New York Nets), the Indiana Pacers and the Los Angeles Clippers (Stars). Find designs for all of the jerseys here.