While his Denver Nuggets teammates head to China, Italy and Lithuania, Al Harrington is staying stateside for now, as far as we know. But what's he doing while he waits for the NBA lockout to end? He's spending time with what it likely his pet chimpanzee. See the photo after the jump. 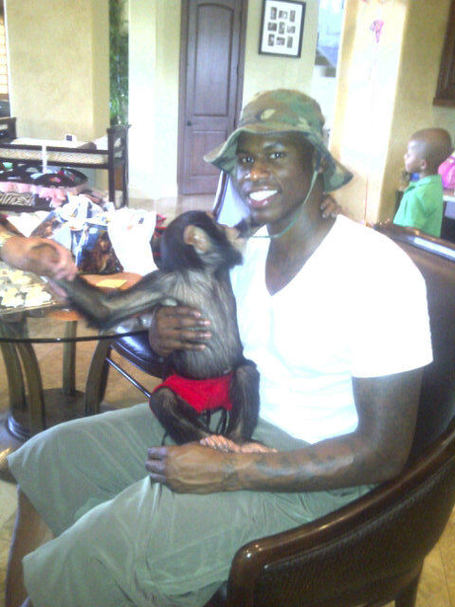 Jermaine O'Neal, his former teammate, provides this picture and believes this is the smartest chimp he has ever seen.