On Thursday afternoon, the Denver Broncos received their new playbooks. But they aren't any ordinary playbook. They are iPad playbooks, which the team announced back in April.

A technological milestone for the Broncos today: 90 iPads distributed to the players to be used for playbooks/video this year.

Elliot Coffey tweeted an image of the backside: 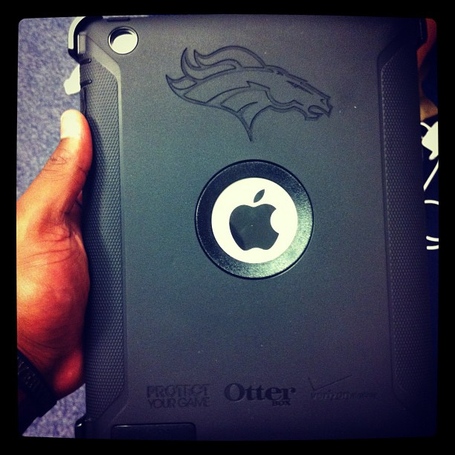