Share All sharing options for: Brock Osweiler Has Own Topps 1965 Vintage Rookie Card

Denver Broncos rookie quarterback Brock Osweiler has been doing well since the team drafted him in the second round back in April. He gets to learn from Peyton Manning; he's at the NFL's Rookie Premiere Event; and he's close to signing his first NFL contract.

He's also getting this sweet 1965 vintage rookie card from Topps: 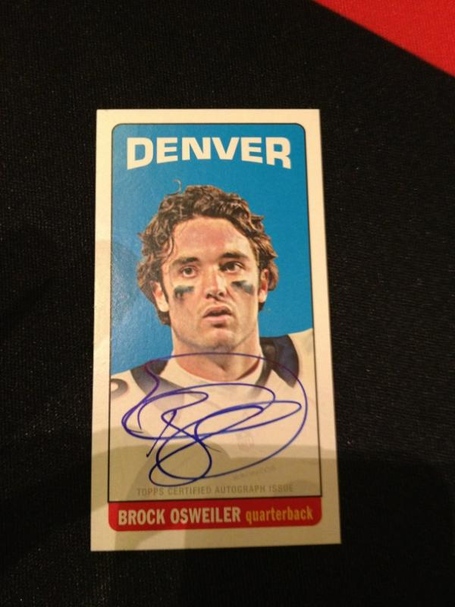