Denver Broncos quarterback Tim Tebow is at the Super Bowl media center, and on Thursday he was able to get a quick picture in with legendary quarterback Joe Montana. Tebow certainly knows how to run in the circles of the NFL's greatest quarterbacks.

He works with John Elway and will get some one-on-one quarterback tutelage from him this offseason. And now he's spending time with Joe Montana, Pro Football Hall of Famer, an eight-time Pro Bowler, a four-time Super Bowl champion and a two-time NFL AP MVP? Tebow better have gotten some good, quick tips from Montana. 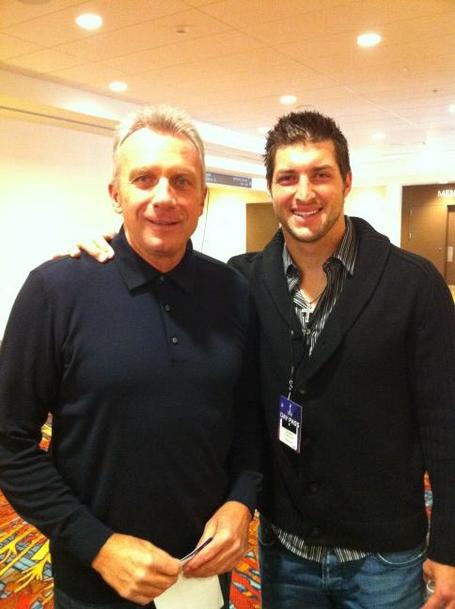 But as we see in the picture, this is a pretty good photo opportunity. Although, Montana looks just a bit uncomfortable.