On Sunday, new Denver Broncos running back Willis McGahee got into his practice clothes and went out to the practice field. But, of course, he couldn't practice. Not until Aug. 4 when the new league year starts. His new contract won't go into effect until then, which means he'll need to stand on the sidelines and see what Knowshon Moreno can do. 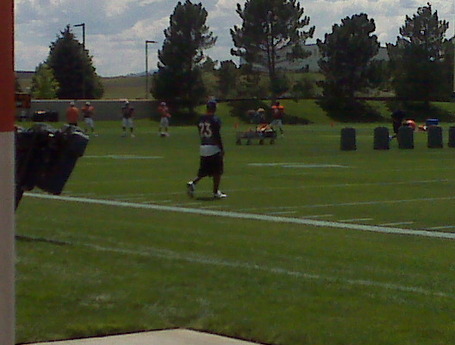 McGahee is expected to complement Moreno, who is still scheduled to start. When it became apparent that the Broncos would need to offer an exorbitant amount of guaranteed money to DeAngelo Williams, John Fox's running back with the Carolina Panthers, the team knew it was best to pass. Williams received $21 million to stay with the Panthers and the Cam Newton show.

That made it all the easier for the Broncos to go after McGahee, who was cut by the Baltimore Ravens to alleviate cap space. McGahee is a strong candidate to become the red zone back and pound the ball into the end zone.

Willis McGahee Takes Over As Denver's Red Zone Back