During part of March and most of April EA Sports' tournament-style vote to determine the next cover athlete for Madden '12 wound up settling on former Denver Broncos and current Cleveland Browns running back Peyton Hillis. It was an unlikely run for the No. 10 seed.

He defeated Ray Rice soundly, squeaked by Matt Ryan, sent Jamaal Charles home and then overcame No. 1 seed Aaron Rodgers in the semifinals. That set him up for a showdown with Michael Vick--and it wasn't that close. Hillis took home 66 percent of the 1,095,332 votes.

And now there is photo available of what the cover will look like: 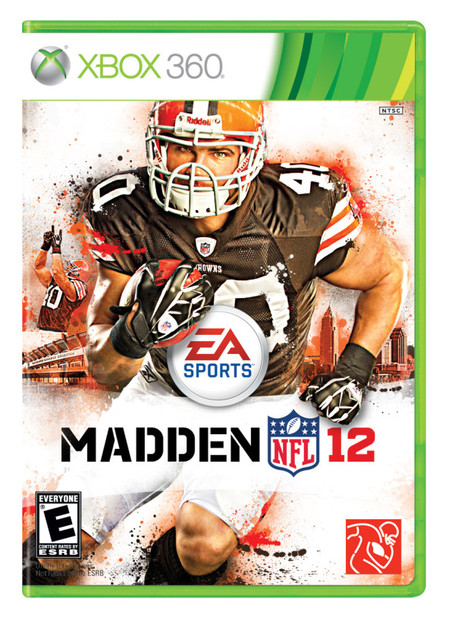 This might be the only thing going for the Browns right now, but let's hope the Madden Curse doesn't strike Hillis. With the NFL Lockout going through at least early July, there could always be a reprieve for Hillis if nothing happens between the owners and the players after that court ruling.