During halftime of today's University of Florida's spring game the school unveiled statues of their three former Heisman Trophy winners Steve Spurrier, Danny Wuerffel and Tim Tebow. The statutes are placed outside of Ben Hill Griffin Stadium and they are life size.

It is only natural that Tebow is the only quarterback who is not in a throwing motion, but instead his pose has him running with the ball which is what he is most known for during his time with the Florida Gators and now with the Denver Broncos.

See the photo after the jump. 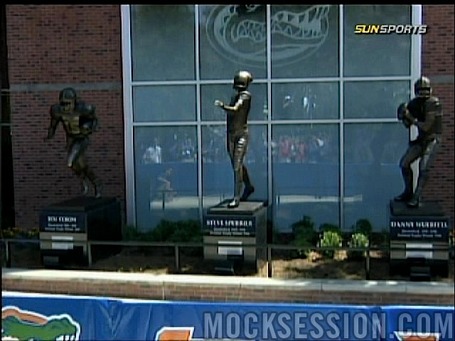