Can Denver Broncos quarterback Tim Tebow overcome being on the cover of the next Sports Illustrated? The team was on the magazine's cover a couple of weeks ago and avoided a letdown, but now that the team's star quarterback is the central focus it could be a totally different story. 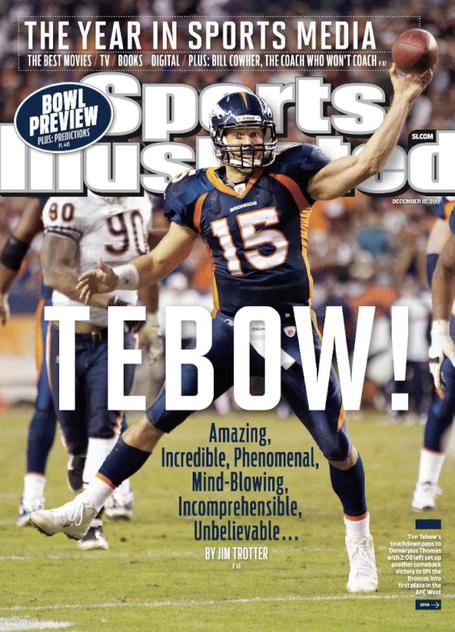 The brief description of Tebow on the cover, though, avoids calling him a winner. That's probably the right course of action by Jim Trotter.

If Tebow is able to beat the New England Patriots this weekend, can anyone still claim that they don't believe in Tebow?