Colorado State can get nothing done, and where in the heck did this Wyoming team come from they have been bad all year. The Wyoming defense is dominating the Ram offense by causing pressure on the Rams and has force two turnovers.

At the end of the half when Colorado State was making a run to get some points, but they Rams fumbled the ball near the Wyoming 10 yard line to end the half. That fumbled was a reviewed play and was overturned after initially being ruled down. 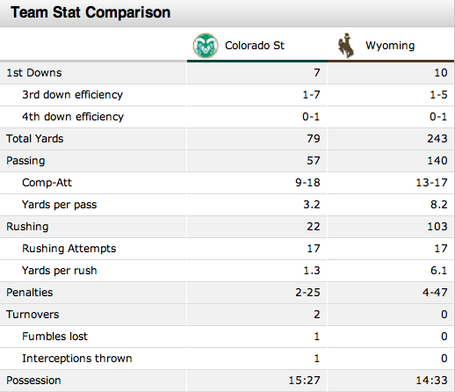