Baseball isn't quite in his future, but Denver Broncos wide receiver Eric Decker was down at Salt River Fields with the Colorado Rockies today (photo after the jump).

Decker was an outfielder for the Minnesota Gophers and was actually drafted twice in the MLB Draft. In 2008 the Milwaukee Brewers selected the future NFL wide receiver in the 39th round. A year later he was taken in the 27th round by the Minnesota Twins. He hit .324 with seven triples, seven homers and 20 stolen bases in two seasons with the Gophers.

I don't know. The Rockies could always use an extra outfielder. You should work on hitting a curveball, Eric. 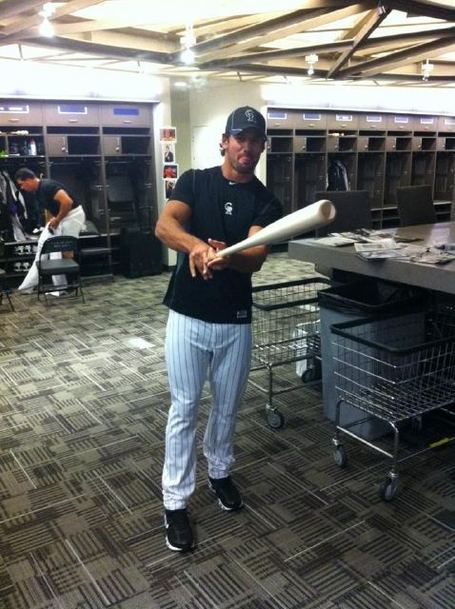