If anyone has been following Dexter Fowler's trip throughout Europe as part of the Big League European Tour, one will have found tweets containing photos of Fowler and his tourmates Tebowing. His most recent one is with Prince Fielder and former major leaguer Bobby Bonilla. 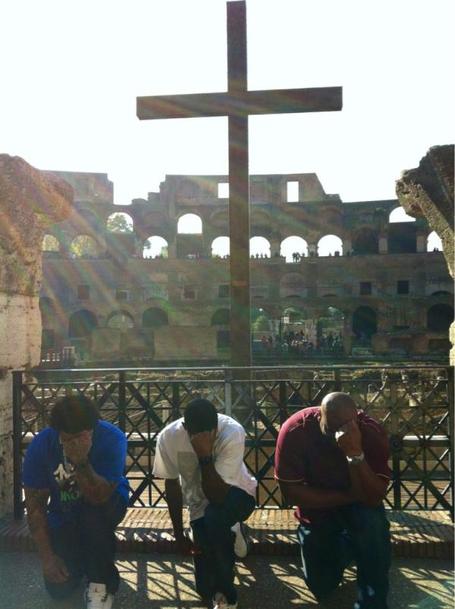 Yep, that's the three of them at the Colosseum in Rome, Italy. It would be better if they did it in celebration of winning a gladiatorial contest.