It was a special day for the Air Force Academy's football team on Monday when President Barack Obama presented the team with Commander-in-Chief trophy. During the 2010 football season, the Air Force Falcons defeated Navy on Oct. 2, 16-7, and sent Army to defeat on Nov. 6, 42-22. This was the first time Air Force took home the trophy in seven years, Navy having captured it all those years. Before that Air Force held the trophy from 1997-2002. 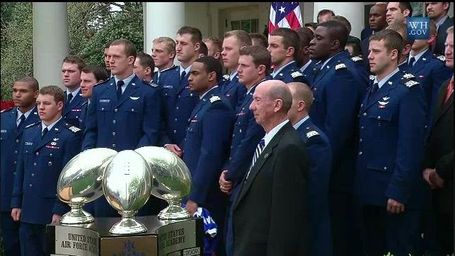 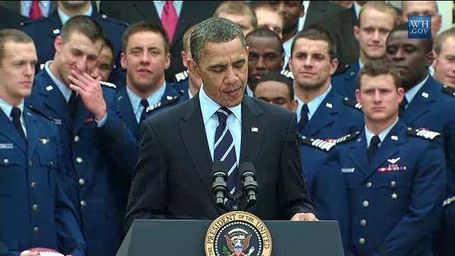 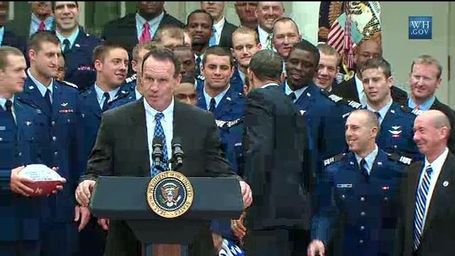 The President congratulates the cadets 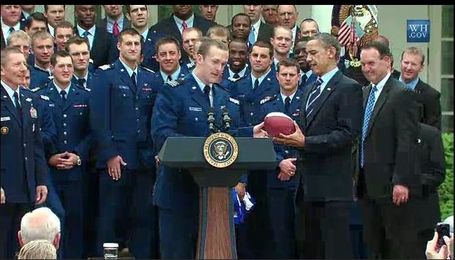 Fullback Jared Tew presents the President with a football that has the scores of Air Force's victories over the other two service academies. 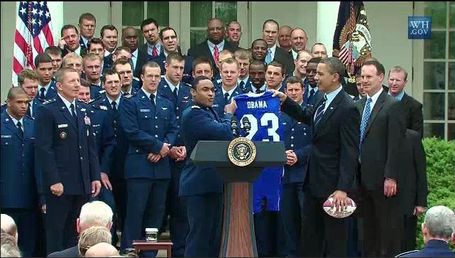 The team also presented an official Air Force Falcons jersey to the President. As Obama joked, "Remember, I wore No. 23 long before Michael Jordan did." 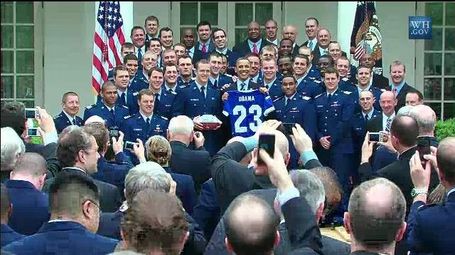 One last team picture with the President.

The seniors will graduate in 37 days and serve with the Air Force all around the world.