BYU comes in as the only other team besides TCU to have more then one player make the preseason list. Junior Alex Wolfe is the catcher and the other is senior Ryan Bernal who is a utility player and designated hitter

Utah senior C.J. Cron was named as the league's top first baseman, but he is a versatile player who also plays catcher and was named as Baseball America's third-team All-American at the catcher position. 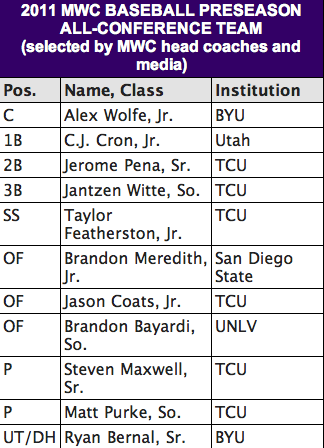