While March Madness really heats up with Selection Sunday for the NCAA Division I Basketball Tournament, the Division II Tournament is already underway. The state of Colorado has two top seeds playing in the second round on Sunday late afternoon and evening.

The No. 1 Colorado School of Mines Orediggers, hosts of the Central Region portion of the bracket, defeated the Augustana (S.D.) Vikings on Saturday night, 82-69. The Orediggers are now on a 16-game winning streak and 28-2 overall. Dale Minschwaner scored 30 points and grabbed nine rebounds. Seven of Minschwaner's points came at the free throw line, a place the entire team was particularly strong at (28-of-38 made).

The Ordediggers will play No. 5 Minnesota State Moorhead on Sunday at 7:30 p.m. MT.

The No. 2 Metro State Roadrunners are on course to play the Orediggers in the third round, but first both teams must advance out of the second. The Roadrunners defeated the Adams State Grizzlies, 79-74. Reggie Evans (29 points) and Paul Brotherson (16 points) fueled the offense. Evans did grab five rebounds and steal the ball four times while Brotherson grabbed seven rebounds. Metro State's website has a full description of the game. 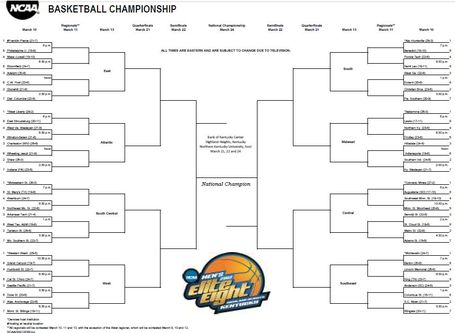 For more on the NCAA Division II Tournament, stick with this StoryStream.