Confession Of A Colorado Sports Fan

Russ Oates makes his first trip out to Denver. He had a great time.

Share All sharing options for: Confession Of A Colorado Sports Fan

I have a secret: For the last 14 years I have been a bad Colorado sports fan. I've never been to Denver--until this past weekend. As my bio states, I have lived my entire life in New York but have been a Colorado sports fan since 1996. Because I oversee this site, SB Nation flew me out to Denver to attend the launch party. So follow me as I give you a photo essay of my time in Denver, otherwise known to me as the Promised Land. 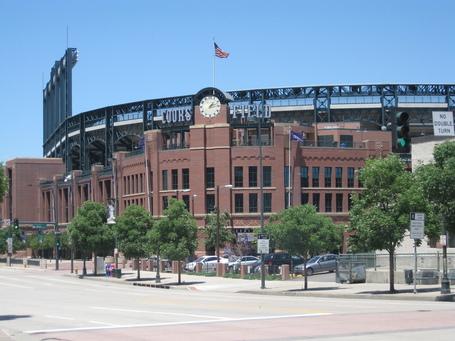 Unfortunately, the Rockies weren't in town so I still have not attended a game at Coors Field. But it is a beautiful stadium, and I can't wait to return. 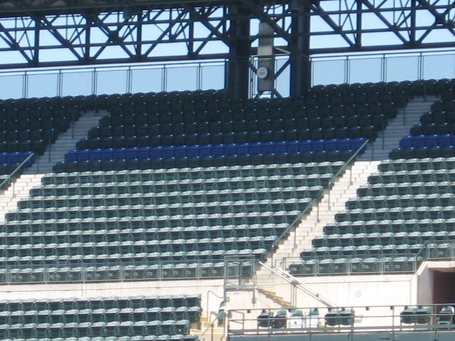 I took a tour of Coors Field, and here is the purple row in the stadium. Unfortunately, I couldn't get a picture of me sitting in there. Yeah, the head blogger at PurpleRow.com couldn't sit in the area. 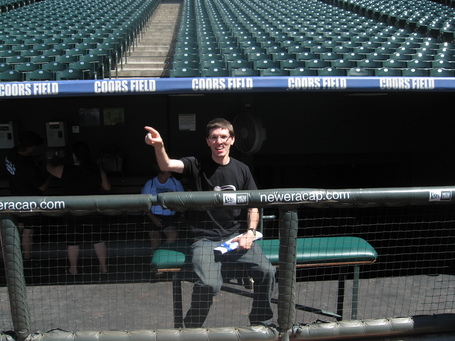 The Rockies decided to fire Jim Tracy and hire me as his replacement. I was fired five seconds later for making this gesture. Actually, I'm just sitting on a newly installed bench for Tracy. 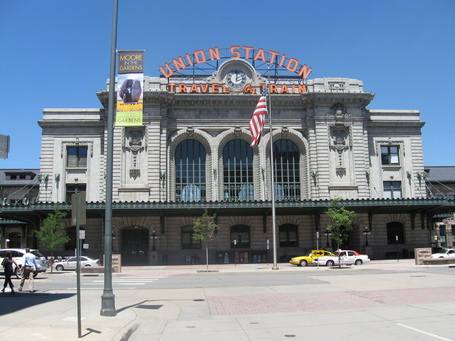 Back in 2006, the Denver Post's Troy Renck wrote an article that included a line about the bloggers at Purple Row not being able to point out the Rockies in Union Station even if they were lined up in a row. It was our first Denver Post recognition! 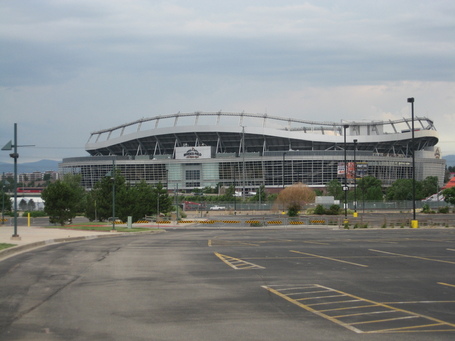 I want to come back and watch the Broncos win so many games here. 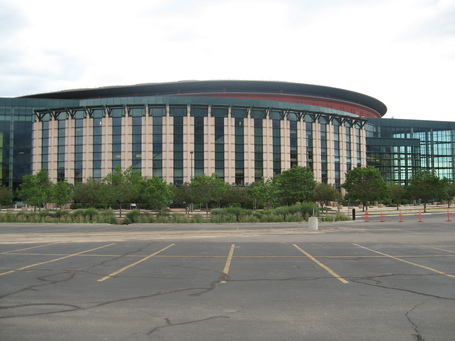 Yep, I definitely came at the wrong time to catch a game in Denver. It's the offseason for the Broncos, Nuggets and Avs. I'll be back, Pepsi Center. 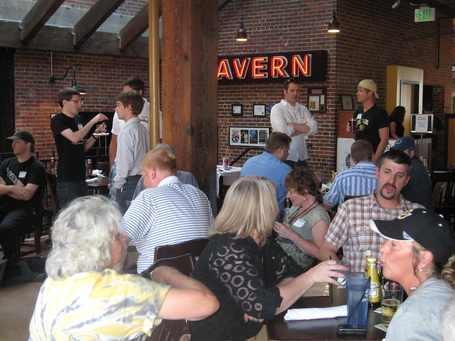 Here we are at the Blake Street Tavern for the SB Nation  Denver launch party/meet-up. SB Nation event coordinator Rosalinda captured the feel of the crowed. Fans of all ages showed up. Matthew Muzia is leaning against the pole while I explain something with a hand gesture, and Jon Woods, hat on backwards, discusses the Buffs. 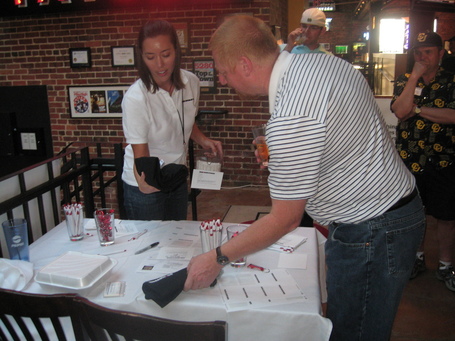 Rosalinda hands out one of the prizes. Purple Row community member RdRnnr picks up the shirt he won in the raffle.

I shall return, Denver!