Tonight North Carolina State from the ACC takes on West Virginia from the Big East in the Camps Sports Bowl this evening at 6:30 p.m. (ET) on ESPN. The current favorite in this game is West Virginia, but only by a field goal. Both teams have spent time in and out of the top 25 all year, but the noise coming from this game is that West Virginia's head coach Bill Stewart was given his pink slip essentially 365 days in advance. West Virginia is bringing in Dana Holgorsen from Oklahoma State to replace Bill Stewart.

All is quiet on the N.C. State side of things as they are having an uneventful bowl season. The best news about today's game is that the field that was a mess last year has been replaced with field turf so there will be no more images like this one from last year's game at the Citrus Bowl. 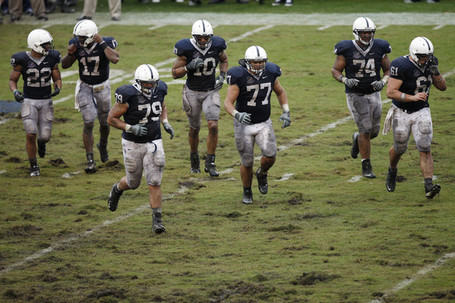 As for who will win the game we look no further then to ESPN's staple of college football bloggers. Big East blogger Brian Bennett provides his prediction:

This is a tough one because nobody knows exactly how much of a distraction the coaching situation was for this team. Hogan's loss hurts, too. I think Wilson will help NC State exploit West Virginia's defense more than any other team all season, but in the end Geno Smith and the Mountaineers make one more play. Give me West Virginia by a field goal, 26-23.

NC State 35, West Virginia 21. There have been too many off-field distractions for the Mountaineers, and losing their starting center will be a factor. So will the injury to standout cornerback Brandon Hogan. NC State's passing offense should be the difference in this game.